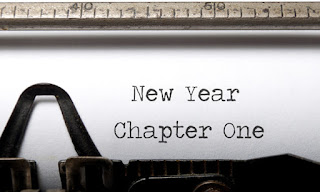 My resolution advice for the New Year?

I called that post "One Proud Thing" and I meant it when I said it. Unfortunately, that one thing did not materialize - but I am a lot closer to it then I was a year ago today.

My do or die resolution then and now is to write and publish a book. In retrospect I see that this patricular resolution was probably more of a two year plan than a New Year's declaration. But that doesn't mean that 2016 was wasted.

Even if my short "Be Your Own Card Reader" ebook isn't ready to go to (e) press, it did get written. And the other bigger book is over halfway done.

Not success perhaps. But progress.

And on this last day of the old year, I'm okay with that. A lot did happen over the last 12 months including, but not limied to, very nearly losing a child, the political heartbreak of the Democratic Primary, and the possible (pending) disintegration of a long term relationship.  Sadly, 2016 was even worse for other people I know - something which has never made me feel even the tiniest bit better about my own lesser problems.

Sometimes just sticking to our path, no matter how slow going, is a sort of victory and I encourage everybody who thought this year was a tough one to just hold that thought.

I guess when all is said and done, the truth is that I'm an optimist and I am looking forward to a new and better year. In two short weeks, I'll be sending in my assignment for publisher Randy Davila's advanced writing class (Focus, Focus, Focus) which is a very important Resolution 2017 step.

So important in fact that, over the last three months, I have redefined my project, rewritten my outline, and completely revised my half-finished first draft. There is still a lot of work to be done. But I am picking up where 2016 ended with no recriminations.

My resolution advice for 2017?

Face your New Year's Eve 2016 self. Ask, what progress did I make on last year's resolutions and how can I do better in the coming year? The answer to that question is the key. Rethink it, rewrite it and make another promise to yourself - with the understanding that all that self really wants is for us to do our best.