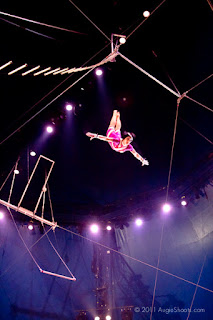 Today is number one of seven.

Today is number one of twelve.

Today is number one of thirty-one.

And because I was born in 1957, today is the first day of the first year in the sixth decade of my life.

In numerology, the number one is powerful.  It is the number that unleashes the raw energy of clean slates and new beginnings and endless possibility. It breaks down old barriers and rises up like a geyser. It propels us into the future. Ready or not.

So, because I wanted to be ready, it made sense to me to wake up today, at 4 AM, and make coffee and open up my journal. Not the new journal, I'd bought in honor of the new year, mind you.  But the old the journal I'd begun in Fall of 2016 because in that journal there were 24 empty pages remaining.

The new journal was right there next to my chair and the pull of starting fresh was strong. My first inclination was to close the old journal and turn my back on the old year and the season past and make a new start. But those 24 empty pages called to me. And I realized that it wasn't about wasting paper. It was about a space that had to be acknowledged.

That space between the old and the new is always the same for me and, whenever I encounter it, I'm reminded of a trapeze artist, letting go of the old bar and hurtling through thin air in the direction of the new one. I think of how everyone always has to let go of whatever it is we've been holding onto and trust - even though there is no hard guarantee that the next thing will be there when we need it.

Leading up to that space I worry about what will happen and think long and hard about how it can all go wrong. But once I'm in it, the uncertainty and fear fade. All at once I remember how vitally important that space is.  In and of itself.

Instead, it is a space that is moving and still and empty and full all at the same time.  It is a space of courage and of faith. A space of transition.  A space where anything is possible and everything is in is motion.

The energy is with us.