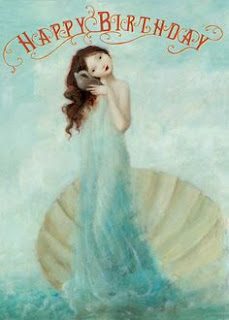 Every year since I've began this blog on August 22nd 2010 I write a Happy Birthday Blog post.

Because the blog and I happen to share the same birthday this has always felt right.

For me, birthdays are meaningful occasions. They are a time to take stock, a time to think about where we are in life and where we have come from.

It makes sense to include the blog in this because, in many ways, the blog marks the true beginning of my spiritual journey. Not because I wasn't interested in spiritual things before but because there was nothing to keep me on track, pre-blog, nothing to keep me from drifting away and forgetting who I was and what I wanted to do.

So every birthday I think about how far I've come and then I think about what comes next.  And it's occurred to me that what's next this year isn't really a new thing, just a better approach to the old things.

Listening to Doreen Virtue's book about PTSD ("Don't Let Anything Dull Your Sparkle: How to Break Free of Negativity and Drama

" - a very fluffy name, for a very good book) has been helpful in this regard.  I still like to escape into learning and writing and will probably always like being alone a little more than I should.  But I'm beginning to balance things out with other more people centered activities.

I'm especially interested, at this turn of the solar wheel, with hands on creativity and healing - though writing is still very much part of the mix.

The best example of this is my renewed commitment to my online shop.  This is people centered because two of my boys are interested in participating - and even if they aren't as committed as I am, I can still do art and talk to people at the same time.  It is people friendly because I can take my items to my tarot reading events and possibly do other events and interact with even more people.

I'm planning to make soaps, candles and clearing items and have been learning about aromatherapy and healing in hopes of adding that into the mix, I'd also like to do more jewelry and get back to sculpting.

And here is the big thing - I think that I can finally ignore my inner critic long enough to be productive!

Doing that with my writing is a little harder but I did post some of my work (on my website) the week of the Wilkes Writer's Conference - which was a very big step for me.  And I'm going to be posting a few excerpts here as well.
I'm zeroing in on what I want to write about which is another very important step because the critical me tends to shoot down ideas before they have a chance to mature - or even crawl.

And I owe a lot of this to the blog which really means that I owe it to the people who read it. Because without you it would have only been a matter of time until I forgot that there is more to life than what floats on the surface.

Thank you, for being there <3

I don't read a lot of best sellers or New Age books and have definitely not read a book that spanned both those categories but I am reading Eckhart Tolle.

His book A New Earth

is on my night table.  It  has a bright orange cover with a wrapper full of text about an Oprah / Eckhart web event.  And it brings with it a sense of possibility I had just about forgotten.

Curious, I researched Tolle on the internet.  I learned that he was born in 1948 and had an unhappy childhood in the shadow of post-war Germany. He later relocated to Spain then England where he attended the University of London. He completed his post graduate work in 1977.

He found himself compelled to move to the North American West Coast in 1995 and has stated that the energy of northwest Canada made it possible for him to write a book he couldn't have wrote in England. That book, the Power of Now, was published in 1999. Other books followed, including "A New Earth" which I am surprised to find myself reading.

I have been meaning to start a blog for some time thinking that, perhaps, if I make a commitment to review a book I will finish it.  I have fallen into a bad habit lately of wandering away from them.  So this is the blog, please wish me luck with it. 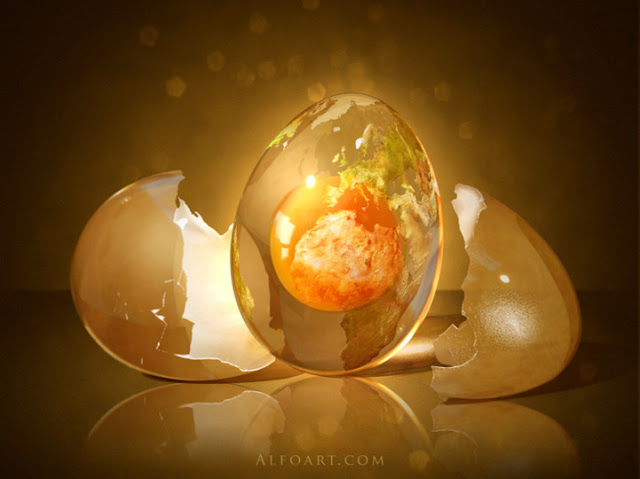