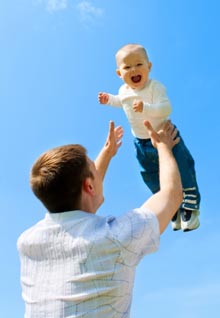 For me, the New Year is a time for evaluation and reflection.  Each year, journaling is part of that process.  But this year, that process played out in a very special way.

In November, in honor of my still relatively new walk in Christ, I bought an Ellie Claire guided journal (called For I Know the Plans

).  The journal itself was gorgeous but, for me, it was the short verses on the top or bottom of every page were the real draw.

In the time between then and now, in fact, I've found these verses to be surprisingly synchronistic, directing my attention to meaningful and appropriate passages and ideas over and over again.

Inevitably, toward the middle of December I noticed that my lovely, synchronistic For I Know the Plans

journal probably wouldn't make it too far into 2018 so I put a new one (just like it) on my amazon wishlist and hoped the one I had would last.

The new one was only a bit over $10 but right then, just a couple weeks before Christmas, $10 seemed like a lot.  And so, being so short of money, I was thrilled to find a brand new Ellie Clair journal at Ollies Bargain Mart a few days later - for only $3.99!

I bought one for myself and one for a friend.

On December 31st, I wrote my last entry in the old journal.

As I wrote I had to admit that while I'd been feeling pretty good about my spiritual rebirth most of time, I was also thinking a lot about the things I was giving up.  Things like the tarot reading biz and the class I had been teaching at a nearby holistic center and the blog name that I really really liked.  This was just the start, of course.  Other bigger changes loomed. 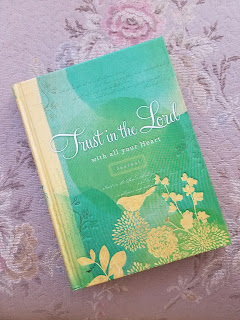 So I didn't try to pretend that everything was fine.  Instead I wrote the last journal entry of 2017 as honestly as I knew how.


Even though I was feeling kind of crappy, I couldn't help noticing how perfectly that entry fit.  I didn't have to condense it or draw it out.  It was just right. A perfect fit. Maybe, I thought, that fit meant something.

So I wrote my last sentence on the last line of the last page,  saying that I would just have to trust in God but, to be honest, I wasn't really feeling it.

And then this morning was a new day and new start and I took a new Ellie Claire journal off the book shelf and I noticed what was written on the cover as if I'd never seen it before.

Smiling I opened the front cover to read the following quote:

Trust is the basis of life.  Without trust, no human being can live.  Trapeze artists offer a beautiful image of this.  Flyers have to trust their catchers.  They can do the most spectacular doubles, triples, or quadruples, but what finally makes their performance spectacular are the catchers who are there for them at the right time in the right place...  It is wonderful to fly in the air free as a bird, but when God isn't there to catch us, all our flying comes to nothing.  Let's trust in the Great Catcher.  ~ Henri J. M. Nouwen

I know.  Nice passage you might be thinking but what's the big deal?

Well for me the big deal was that last year I wrote a New Year's day post about the space between the old and the new.  And I likened that space to letting go of the old trapeze before taking hold of the next one.  I talked about freedom and courage and tried to make the best of it.  But the truth was I scared when I wrote:

That space between the old and the new is always the same for me and, whenever I encounter it, I'm reminded of a trapeze artist, letting go of the old bar and hurtling through thin air in the direction of the new one. I think of how everyone always has to let go of whatever it is we've been holding onto and trust - even though there is no hard guarantee that the next thing will be there when we need it.

Except that now, of course, there is.

*Buy the Trust in the Lord Journal used on amazon here

.  It is not actually chartreuse (as you can see by my pic above) but the amazon photo may explain why I found mine copy languishing at Ollies!